The German writing house Graf Von Faber-Castell has more than 250 years of history behind it. The Faber-Castell family, continues the legacy of eight past generations by creating the most exclusive and detailed pieces.

Their history dates back to 1761, when Kaspar Faber manufactured his own pencils and sold them in the market of Nuremberg, Germany. From 1784, his son Anton Wilhelm took control of the company, achieving a great expansion. However, with the third generation, led by Georg Leonard Faber since 1810, the company fell into ruin due to the difficult times Germany was going through, both politically and economically.

It was from 1839 onwards that the family business began to be placed in a new situation, thanks to the legacy of Lothar Von Faber, who defined the standards of length and hardness of the writing instruments that the company keeps using today. The German company gained worldwide recognition thanks to the international sales network that they had successfully established over several decades.

After his death, his granddaughter Tilly inherited the company. She married Alexander Graf zu Castell-Rüdenhausen in 1898, who then took control of the business and gave it a new name: Graf und Gräfin von Faber-Castell.

From this decade on, the company starts to expand in the luxury market, launching the Graf (earlin German) von Faber-Castell line, with which they decided to manufacture pencils of an exquisite quality in dark green, as to be distinguished from their competitors. After the success of this line, which at the present time keeps being one of the flagship products of the brand with the Perfect Pencil Collection, Graf von Faber-Castell is considered today as Faber Castell's high-end brand, being specialized in writing tools and accessories, including pencils and fineliners.

This collection includes different writing tools, such as gold nib fountain pens or fineliners, where the common characteristic is their ribbed barrel made of high quality materials: sophisticated platinum pated or unique woods, such as Pernambuco, Ebony or Grenadille with platinum finishes. Graf Von Faber-Castell creates classic, unrepeatable pieces thanks to the natural variations in color and texture of the woods. In the picture above, the mechanical pencil Graf von Faber-Castell Classic made of Pernambuco woodand the fountain pen Graf von Faber-Castell Classic Macassar "Black Edition". 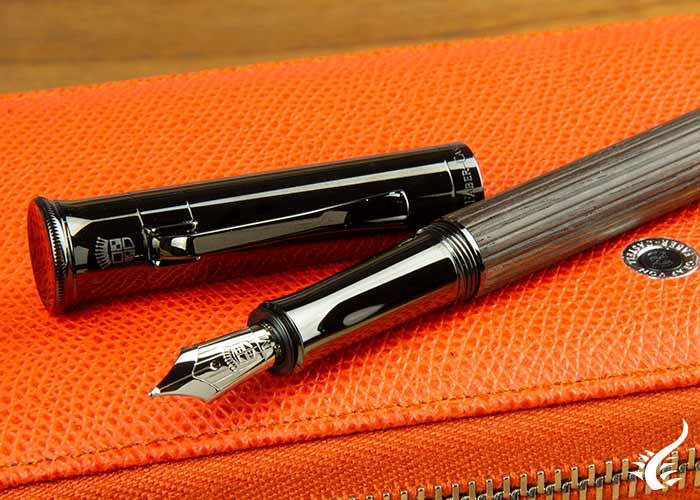 Each piece of the Classic Anello line stands out for its elegance and originality. Surprising contrasts and noble materials distinguish the different pieces of this line. Segments of ebony wood, precious resin or titanium are separated by platinum-plated rings achieving a perfect result to the eye and touch.In the image above, the rollerball in precious resin and platinum, and the Classic Anello gold mechanical pencil. 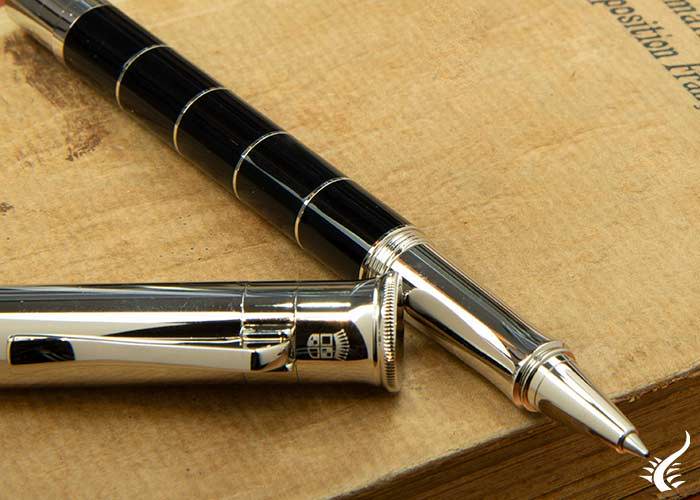 This collection embodies the classic elegance, passion for precision and unmistakable design of the British luxury car brand Bentley. The two companies combined their strengths to launch a collaborative project that highlights those points that allow them to have a privileged place in their respective sectors: timeless designs, a passion for precision craftsmanship and a strong commitment to quality; aspects that characterize the Graf von Faber Castell for Bentley line.

Within this collection we can find roller pens as well as ballpoints and fountain pens. In the image bellow, the Graf von Faber-Castell for Bentley I Onyx fountain pen and ballpoint. 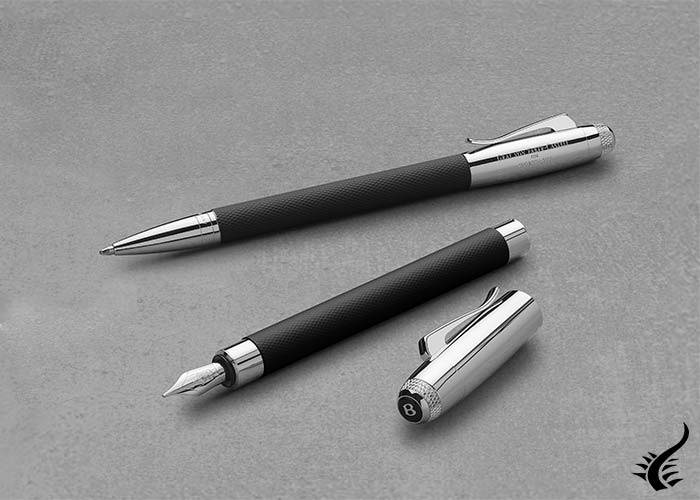 Since 2003, Graf presents annually and in limited edition a detailed writing article that recreates historical character in materials of the highest quality. This is what is known as "Pen of the Year". The Graf Von Faber-Castell Fountain Pen for the Year 2020 is inspired by the Greek heroes of Sparta and her King Leonidas. In homage to the art of metallurgy that was applied to produce the Spartan armor, swords and shields, the distinctive barrel of this writing piece is adorned with hand-set premium diamonds. The matt grip area is a reference to the warrior's armour and the cap's spring clip is inspired by the shape of the Greek crest helmet.

All those who purchase a "Pen of the Year" can benefit from an exclusive technical service offered by Graf Von Faber-Castell, which includes one free check-up per year, including cleaning and maintenance. 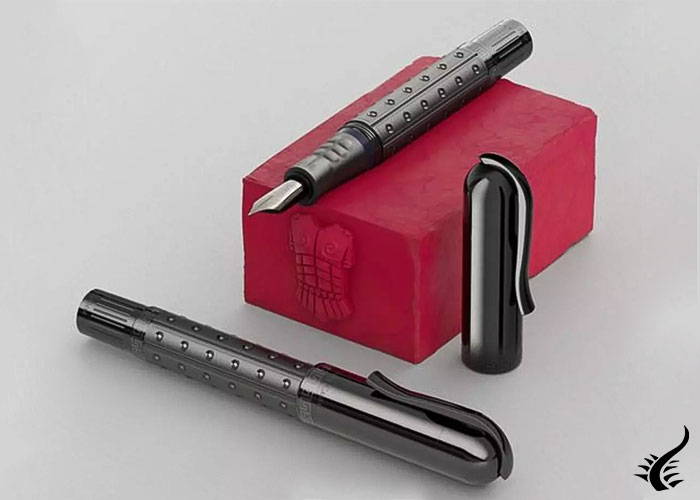 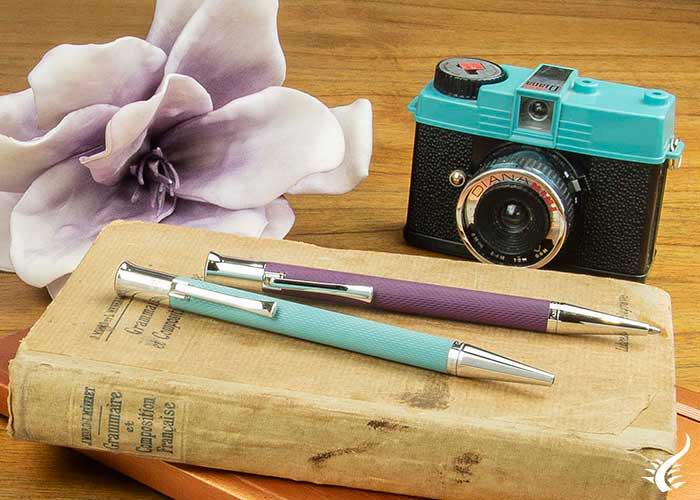 The Guilloche is one of the most daring and funny collections of the German house. In this line we can find writing pieces of multiple colors made of precious resin that are distinguished by its manufacturing process. Within this collection there are no two identical writing instruments, as all of them are an example of individual craftsmanship. Each is individually engraved with a discreet guilloche pattern, using a method characteristic of jewelry accessories, and then lacquered and polished by hand. 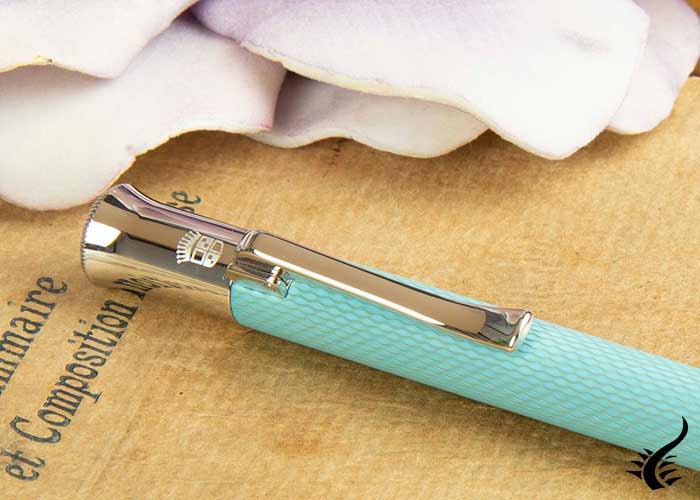 The Tamitio series shows how the art of writing can be enriched with extraordinary nuances. This collection shows an extraordinary quality-price ratio, with the purpose of making its magnificent designs available to a wider audience. Its models present an elegant and striking style, with slim pieces that have an innovative lacquer that ensures a durable matte surface. Under these lines, the Graf von Faber-Castell Tamitio mechanical pencil. 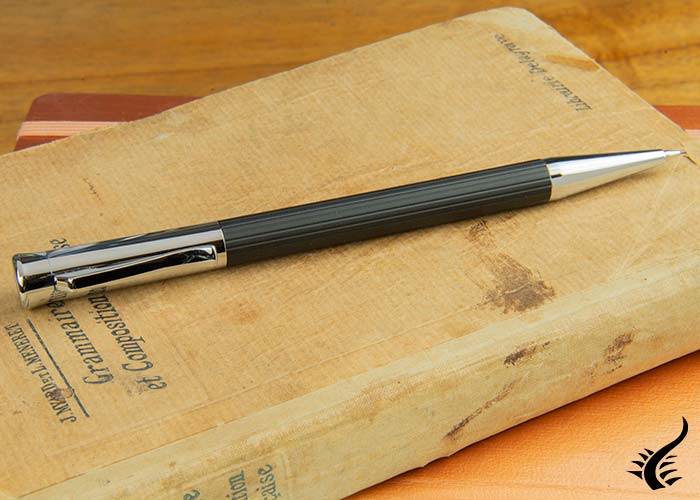 If you want to know more about this magnificent German writing house, do not hesitate to visit our website, where you can discover more collections: Epsom, Intuition, Cashmere... and others available on the Iguana Sell website.

Take advantage of our 24 hour delivery for many of the Graf-Von Faber-Castell models! ! And, of course, if you need more information or want to place your order, do not hesitate to contact us. You can write us an email, or visit our store in Madrid, in Núñez de Balboa 90. It will be a pleasure to help you.

We are waiting for you! 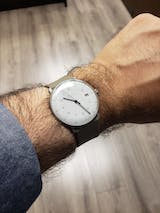