Difference between a ballpoint and a rollerball

Today we are going to explain the difference between a rollerball pen and a ballpoint pen.

We all know that both of them are writing instruments, but, not all of us know the main differences between these two pieces.

For this reason we are going to explain the main characteristics that will help us to easily differentiate them. You can’t miss this post!

The ballpoint pen is the traditional writing instrument. Its ink is normally denser and thicker, making our writing dryer and allowing us to change the color intensity or tone depending on the pressure of the writer.

On the other hand, the rollerball was created because of the need of creating thinner pens that allowed soft writing with an instrument that slipped better on the paper. At first, they were known as gel ballpoint pens as the intensity of their ink is higher than in a ballpoint pen. Our writing looks darker and if it was written using a fountain pen.

How can we differentiate them at a first look? Thanks to their closing system.

Rollerball pens usually have a cap which prevents the ink from drying. It is advisable to close the instrument while it is not being used.

In ballpoint pens, the most common closing system is the retractable system which hides the pens tip when it's not being used.

Below you will be able to check out the main differences when using a Montegrappa Emozione rollerball and a Montegrappa Passione ballpoint.

As you can appreciate in the picture the first “Iguana Sell” has been written with a roller; the finish is darker and thinner and we can perceive the smoothness of the piece on the paper.

The second line has been also written using the same roller, and by applying less pressure we can distinguish the fine point and dark writing.

Finally, we can see the same text been written this time using a ballpoint pen. In this case, the result is a less saturated, dryer and clearer ink that depending on the pressure against the paper looks lighter or darker.

As you can see is very easy to tell which is which once you know their main differences.

Have a nice day!

Completely in love with this pen. The texture reminds me a lot of Aurora's Black Mamba, but somehow feels warmer and more substantial. The nib is an amazing writer, very smooth. A lot of people find the Capless uncomfortable to hold due to the clip placement, but this has never been an issue for me. The pen fist in my hand very comfortably and naturally.

The service I received from IguanaSell was outstanding at all points. This is a limted release which i purchased a few months before it was available. At all points I was kept informed of the status of my order and when it was finally shipped it arrived promptly and without a hitch. I am very pleased.

I bought this pen as a gift for somebody who already owned three other Meisterstucks. Fortunately, she was absolutely delighted with it. She never had the Classique ballpoint before and loves it. Iguana sell was very responsive, especially when there was a very minor hiccup with US customs. It was quickly resolved. I am very happy with the purchase. In fact, I also bought a Legrand rollerball for myself (my second). Good people to do business with.

Beautiful pen. Fabulous service, very quick delivery. Excellent packaging. Haven’t yet inked this pen as it is a gift. Would buy from this seller again. 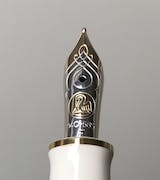 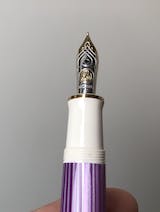 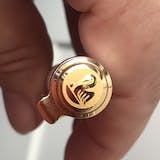 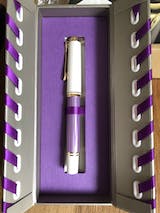 The customer service and attention to details (i.e., related to international shipping) were excellent!